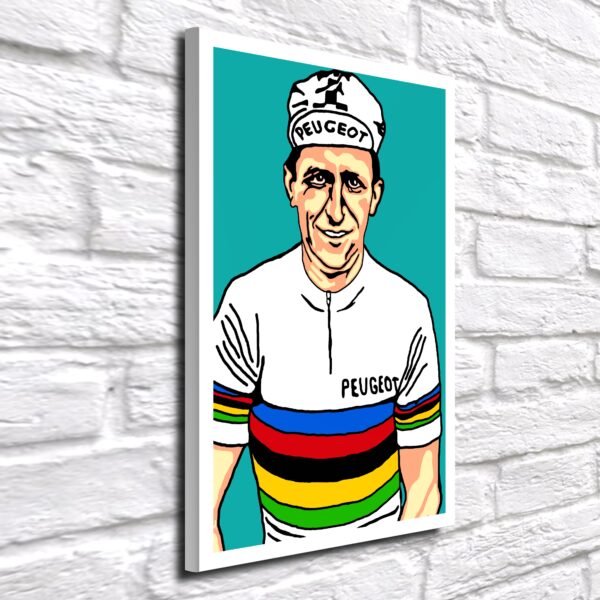 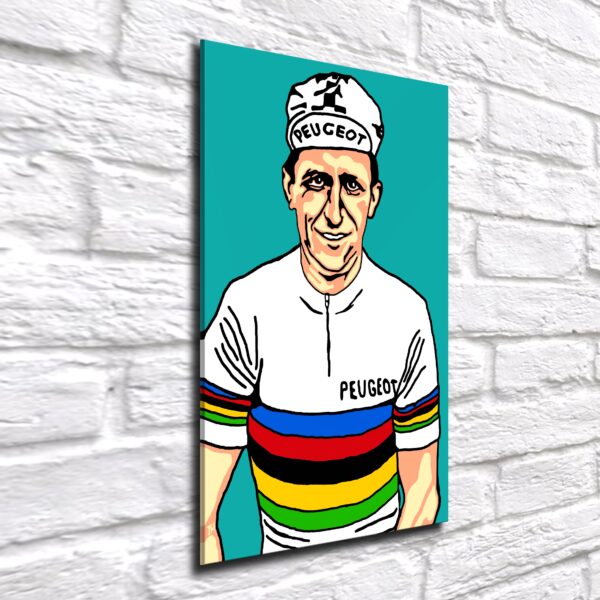 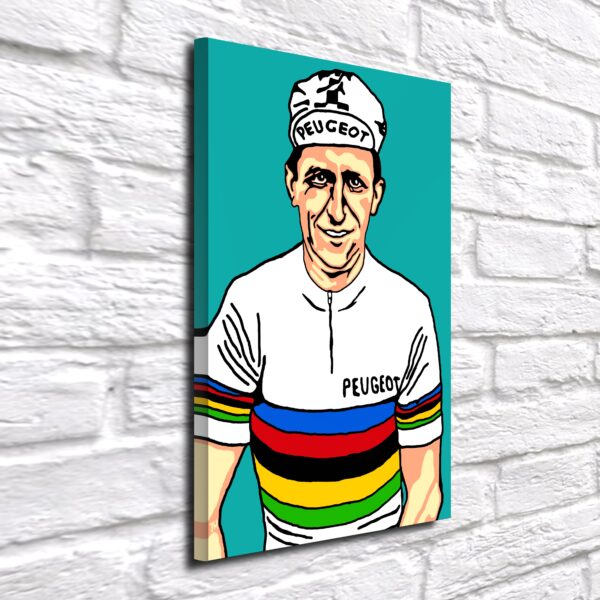 Thomas Simpson was one of Britain’s most successful professional cyclists. He won the 1961 Tour of Flanders and became the first British rider to wear the yellow jersey of the Tour de France, finishing sixth overall.

In the thirteenth stage of the 1967 Tour de France Simpson collapsed and died during the ascent of Mont Ventoux.  He was just 29 years old.

This Limited-Edition Tom Simpson artwork has been created by Belgian artist John Mettepenningen in collaboration with the Flandrien Art Gallery. The artwork is limited to a production run of 50 and includes a numbered Flandrien Gallery Certificate of Authenticity which has been signed by the artist.

The artwork can be mounted on gallery quality plexiglass, framed photopaper or stretch framed canvas.

Other dimensions possible on request – please send a mail to tom@flandriengallery.com.