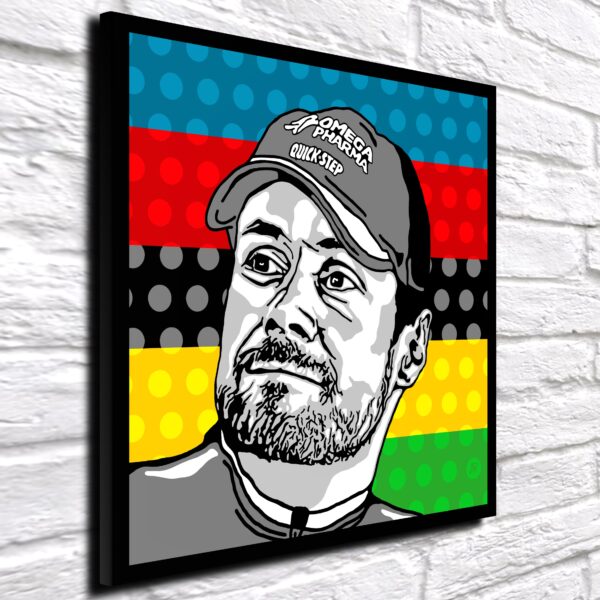 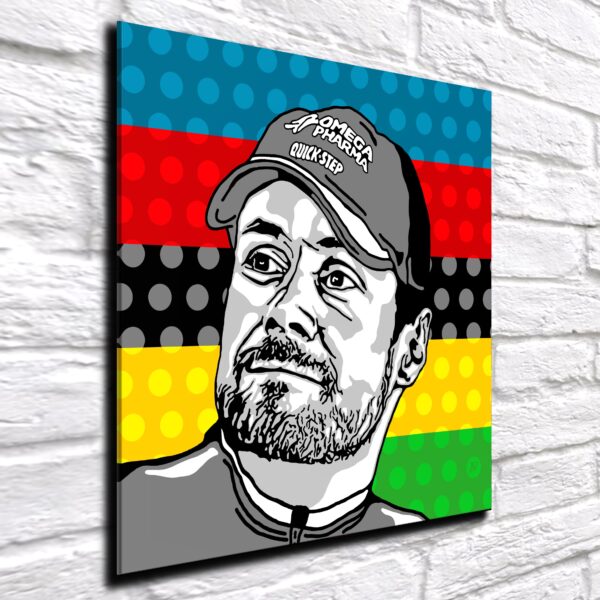 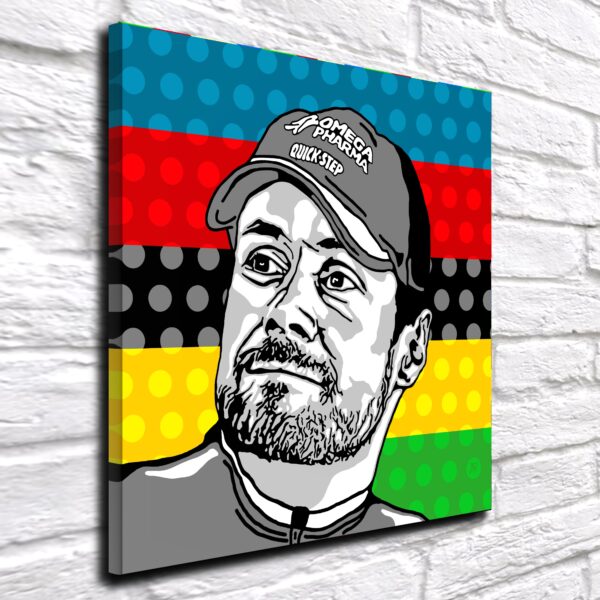 This Signed & Limited-Edition Tom Boonen artwork has been created by Belgian artist John Mettepenningen in collaboration with the Flandrien Art Gallery.

Tom Boonen’s palmares is long and distinguished with dozens of prestigious victories throughout his professional cycling career. Boonen won the 2005 UCI World Road Race Championships and was a single-day road specialist with a strong finishing sprint.

Boonen sits tied for the record number of wins in both cobbled Monuments. He matched Belgian Roger De Vlaeminck in Paris-Roubaix (four wins) and five others in the Tour of Flanders (three victories). And he also had six Tour de France stages to his name.

It all came with a charm and friendliness, through even the tough moments – rarely seen among cycling’s superstars. Because of this Boonen is warmly regarded as one of the most likeable and humble star cyclists of his generation.

The artwork is limited to a production run of just 50 pieces and includes a numbered Flandrien Gallery Certificate of Authenticity which has been hand signed by the artist.

The artwork can be mounted on gallery quality plexiglass, framed photopaper or framed canvas.

Other dimensions possible on request – please send a mail to info@flandrienhotel.com