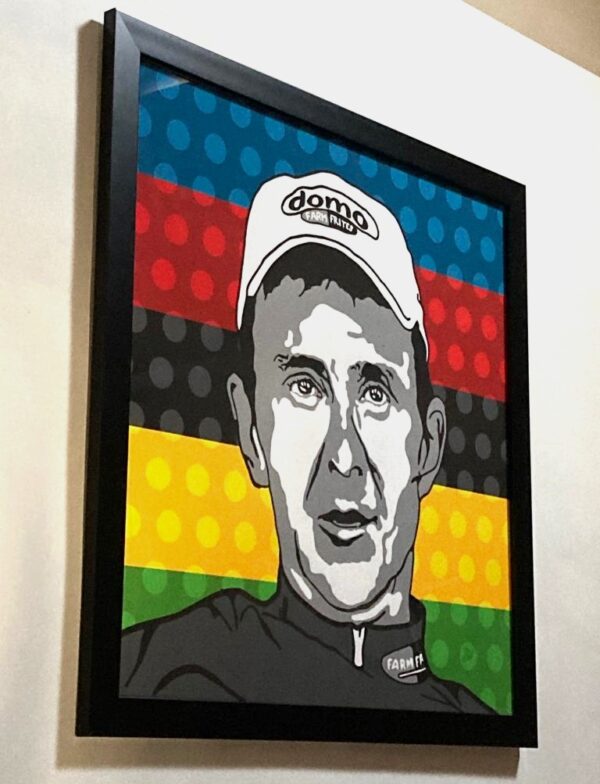 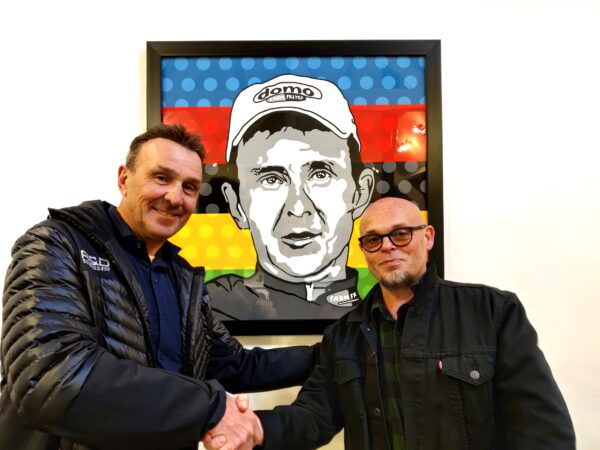 This Limited-Edition and signed Johan Museeuw artwork has been created by Belgian artist John Mettepenningen in partnership with “The Lion of Flanders” himself.

Johan Museeuw is a legend of the cobbled classics of Flanders and Northern France. He is considered one of the best classic races specialists of the 1990s. Museeuw won both the Tour of Flanders and Paris–Roubaix three times and was road world champion in 1996.

In 1996 Museeuw received the Vélo d’Or, awarded annually to the rider considered to have performed the best over the year.  Today he lives in Oudenaarde, and is a regular visitor to the Flandrien Hotel and Art Gallery.

John Mettepenningen is widely known as the “Andy Warhol of Cycling” and his artworks feature cycling greats of the past and present.

The Museeuw artwork is limited to a signed series of 10 in each size format and can be mounted on framed photo paper or Gallery quality plexiglass.

Each piece includes a numbered Flandrien Gallery Certificate of Authenticity.