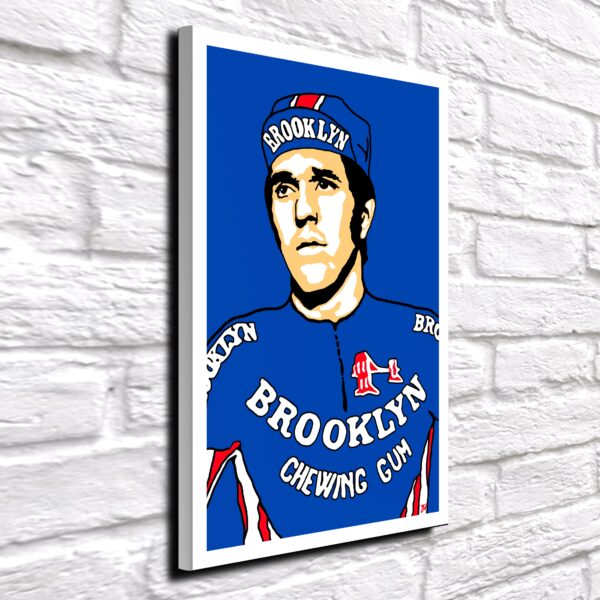 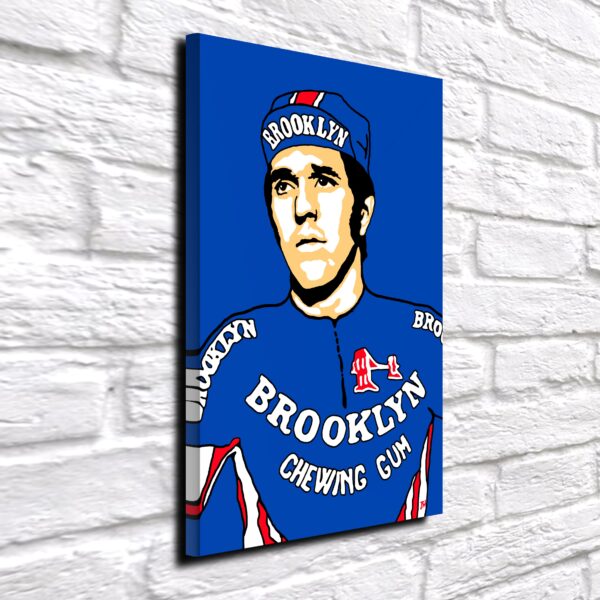 Roger De Vlaeminck was described by fellow Belgian champion Rik Van Looy as “The most talented and the only real classics rider of his generation”. Nicknamed “The Gypsy” because he was born into a family of traveling clothiers, he is known for exploits in the cobbled classic Paris-Roubaix race, but his performances in other “Monument” races gave him a record that few can match. His record in Paris–Roubaix earned him another nickname, “Monsieur Paris–Roubaix”

This Limited-Edition Roger De Vlaeminck artwork has been created by Belgian artist John Mettepenningen in collaboration with the Flandrien Art Gallery. The artwork is limited to a production run of 50 and includes a numbered Flandrien Gallery Certificate of Authenticity which has been signed by the artist.

The artwork can be mounted on gallery quality plexiglass, framed photopaper or framed canvas.

Other dimensions possible on request – please send a mail to info@flandrienhotel.com