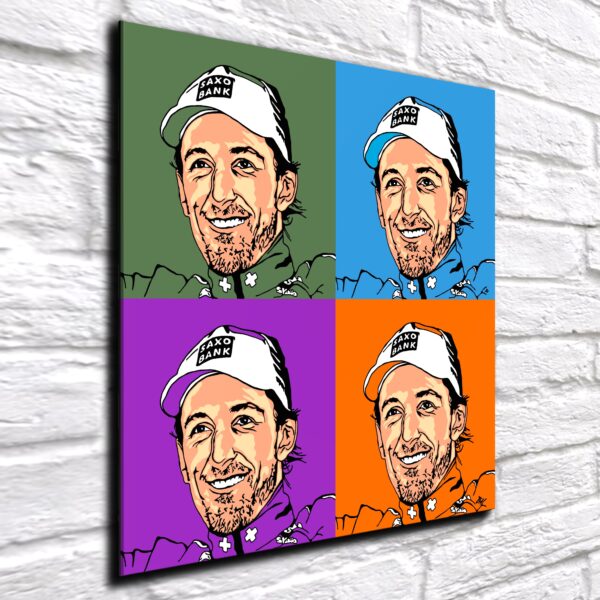 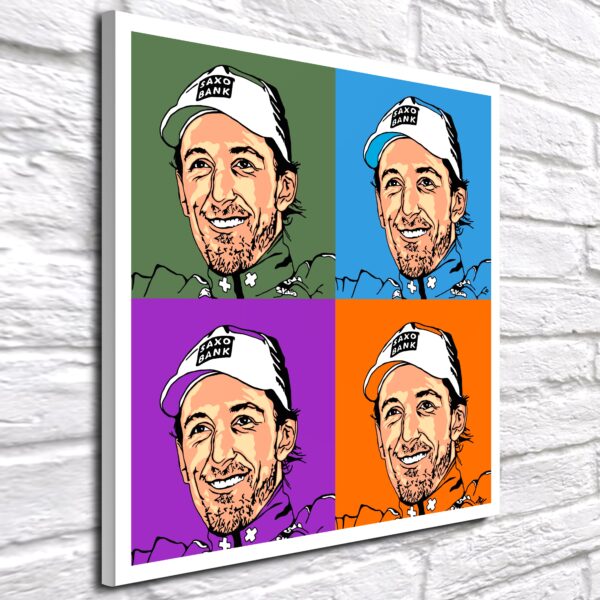 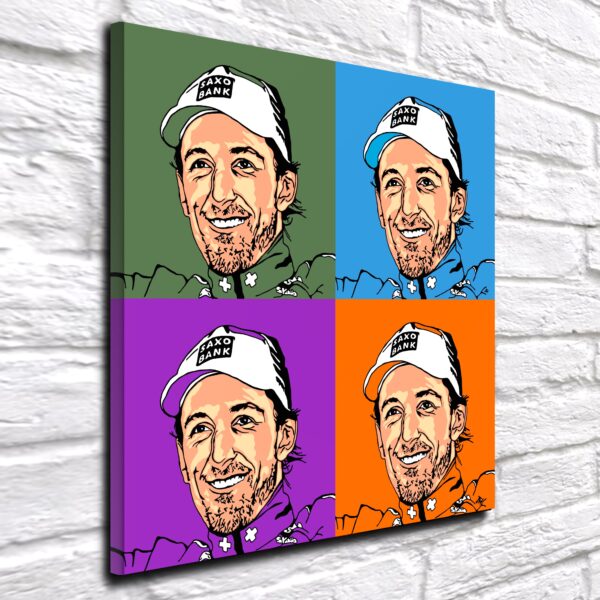 This Limited-Edition Fabian Cancellara artwork has been created by Belgian artist John Mettepenningen in collaboration with the Flandrien Art Gallery.

Cancellara began road cycling after falling in love with an old bike at the age of thirteen. After that, he began to take the sport more seriously and won two consecutive World Junior Time Trial Championships in 1998 and 1999. At age nineteen he turned professional and signed with the Mapei-Quickstep team.

During his career Cancellara raced for four professional teams. He achieved great success in the classic monuments; he won Paris-Roubaix three times, Milan-San Remo once, and the Tour of Flanders three times.

Cancellara won the opening stage of the tour de France five times and led the race for 29 days total, which is the most of any rider who has not won the Tour.  His success was not limited to just time trials and classics – he won general classification of the Tirreno-Adriatico, Tour de Suisse and the Tour of Oman.

The artwork can be mounted on gallery quality German-made acrylic glass or framed photopaper.

The Fabian Cancellara Panel artwork is limited to a production run of 50 for each format and includes a numbered Flandrien Gallery Certificate of Authenticity which has been signed by the artist.